Since the movie "Transcendence" came out in 2014 there has been a lot of talk about the implication of loading consciousness on computers.
As the movie illustrates, this can be a pretty controversial subject. When it comes to talking about the soul, consciousness and artificial intelligence, people mostly fall in to two camps. The spiritual camp believes there is something mystical about consciousness, that it comes from the soul and they don't think a computer could ever be conscious. The other camp has an unbridled faith in the computer or Turing Machine (the mathematical construct on which all computers have been built) and it's ability to simulate everything in the world. Indeed if something possesses cause and effect relationships then it can be simulated on a Turing Machine. The spiritual people say, "but what about free will? A Turing Machine is deterministic." to which the other camp cackles at them evilly, like hyenas and says "free will is an illusion."
‟One group is saddened by the prospect of computer consciousness, the other is excited at what could be achieved.
So how to define the soul? As a thought experiment let us not define the soul here but instead use the existence of consciousness as a test for the existence of the soul. The problem is that here is no known test for consciousness and we have never created a computer that even seemed to posses consciousness, so we have had no need to dedicate real resources to testing for it. This is how I am relating the philosophical ideas of AI to the existence of the soul. The idea of a soul is so nebulous and fraught with different opinions that I think the only way to go forward from here is to only use an idea that everyone can agree upon. That being, an unconscious entity definitely doesn't have a soul. That said, we shall move on to talking about the difficulties in creating a test for consciousness in a machine and the potential barriers in creating consciousness.
Let us start with the question "what is consciousness?" This article has to do very much with the subject called "Philosophy of Mind." One of my early introductions to this subject happened between the ages of 10 and 14 when I watched an episode of "Star Trek: The Next Generation" called the "The Measure of The Man" in which the character Data (an android) is put on trial as to whether he is property or a sentient being with all the rights of a human. A scientist in the show wants to disassemble Data, for analysis, against his "will." There is a critical moment in the show when this scientist proposes dumping Data's core memory which was obtained by experience and then restoring his memory by upload, Data replies "these are mere facts..(that you will restore, but)...the substance, the flavor of the moment could be lost" (watch the youtube video for the quote and episode overview https://www.youtube.com/watch?v=8whNAwuTY90#t=97 if you have not seen it, you can watch it on Netflix, it's a rare moment of thoughtful television) That one quote has stuck with me through the years. "The substance of the moment" what is that? Is that real or just a romantic notion? Could what Data is describing be consciousness? After all, isn't consciousness a feeling embodied in your experience? Can a machine have such an experience?
Enter the Chinese Room
There is a thought experiment called The Chinese Room. (If you are not familiar with it, watch the one minute Youtube video to check it out https://www.youtube.com/watch?v=TryOC83PH1g) The room appears as though it contains a conscious Chinese speaker to someone on the exterior, but on the interior it clearly does not speak Chinese and is not conscious. There is no "substance of the moment?" in this scenario. You might say, "Is this really a fair comparison of what we are talking about? We are talking about a massive set of synapses that are interconnected in diverse ways." Fair enough. Lets extend the thought expirement. What if the book of instructions in the Chinese Room was changed to be instructions for how a synapse works and we created billions of such rooms in a megalopolis large enough that it had as many rooms as our brain has synapses? Then we interconnected all the rooms with phones in the way the synapses in your brain are connected. If we believe that a Turing Machine can simulate the brain system then we can make the leap of faith that this Synapse Simulating Mega City can also do the job, because it is effectively a series of networked Turing Machines (aka computers, albeit pretty inefficient ones). Just as a person asked the Chinese room questions, by passing a note under the door, a person asks the city questions at the gate. Those questions are sent into the city's network of rooms for processing, resulting in a response that is indistinguishable from a real person as before, only this time … is it conscious? Does it really "understand" Chinese? How can a network of desks and rooms be conscious? Then again how can a series of synapses made of, what is essentially dirt, be conscious? Clearly the rooms with desks and the synapses are different, despite them both, theoretically, yielding the same result. Does this difference matter, since the result is the same or would the Synapse Simulating Mega City experience it's self thinking the way a brain does? That is to say, if you use simulated neurons vs. real neurons would you get a different type of experience emerging from the network? Can we really say that two people talking on the phone, simulating two wired synapses, is the same as two real synapses sending electrical pulses to each other? It is of course mathematically the same, but it is not physically the same. Does this physical difference matter? 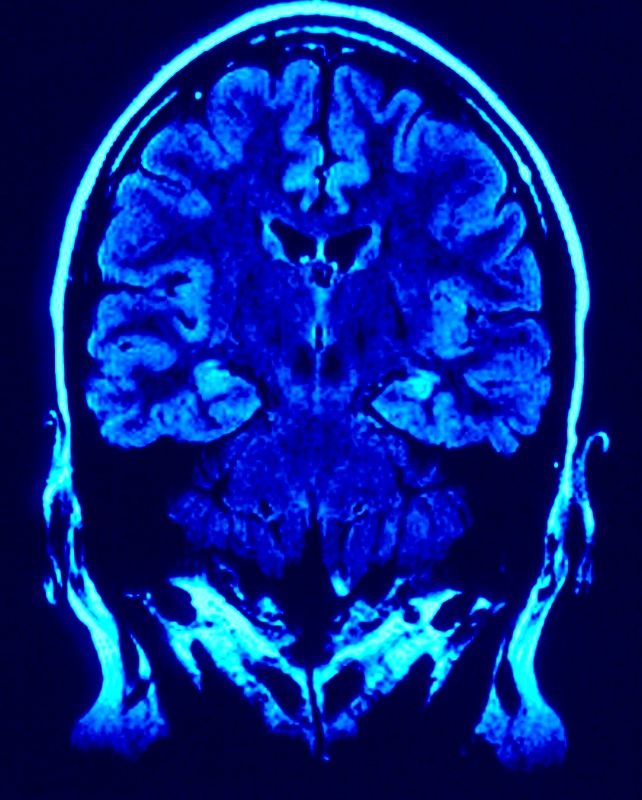